on January 05, 2011
SPIC MACAY founder Dr.Kiran Seth talks to Chitra Swaminathan about what went into making campuses culture-sensitive and getting youth to relate to the classical arts 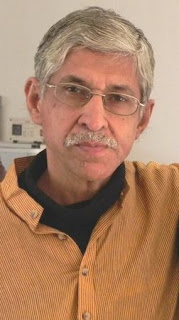 Kiran Seth engineered a cultural movement on campuses. This Associate Professor of Mechanical Engineering at IIT, Delhi deconstructed the myth that classical art forms could not strike a chord with uninitiated young listeners. He taught them how to keep in touch with the past even while securing the future. And ‘notes’ assumed a new meaning in the life of school and college students across the country. Academics apart, many of them learnt to appreciate the classical and folk arts.
And then, in 1977, Kiran Seth set up SPIC MACAY (Society for the Promotion of Indian Classical Music and Culture amongst Youth), a non-profit voluntary youth movement, which now has around 250 chapters nationwide. Musicians are invited to perform, present lec-dems and conduct workshops at educational institutions to help the young discover the beauty of our colourful heritage.
The Tamil Nadu chapter
Seth was in the city recently to perk up the activities of SPIC MACAY'S Tamil Nadu chapter. “Over the past few years, this chapter located in the cradle of many classical arts has almost been non-functional. I am keen that the movement regains strength in the State with the help of our volunteers and support of artistes. I have fond memories of listening to Semmangudi Srinivasa Iyer, D.K. Jayaraman, Maharajapuram Santhanam, M. L.Vasanthakumari and D.K. Pattamal,” says Seth, a silent activist. “SPIC MACAY toh ek bahana hai (it is an excuse) to sit face-to-face with legends; see them engage with their art. It's a humbling experience.”
In the era of cultural globalisation, it has not been easy for Seth to uphold Indian classical arts — the influences are diverse and the choices unlimited. But the steadfast professor will not let our heritage fall apart. “We need to get off our high horse and think of practical ways to save our arts and culture. This movement has to survive the challenges that present themselves differently with the changing times. When we started, there was no money, no resources, no manpower…there were only dreams. Many of my colleagues in college dissuaded me. They would ask, ‘Why do you want to put yourself through all this?' I didn't have an answer.”
Seth studied at IIT-Kharagpur, went to the U.S. for a doctorate and returned to India to become a professor. So, when did the interface with art happen?
In the 1960s, when he was at IIT-Kharagpur, his brief encounter with Indian classical music was the annual ‘Green Amateurs Night', organised by one of the staff members. Seth joined Columbia University in the early 1970s to do his Ph.D. One day, he saw a small newspaper insertion about a concert by the Dagar Brothers at the Brooklyn Academy of Music, New York. That night, when Seth walked back from the concert, he felt a sense of fulfilment — something he hadn't experienced earlier. This new-found love for music transformed into a life-long passion. And, he started organising concerts of Indian musicians visiting New York at Columbia University. He also underwent training in classical music.
Soon, he returned to teach at IIT, Delhi. Once there, he was shocked that none of his students knew about sitar exponent Pandit Nikhil Banerjee. That prompted him to start MEFORG (Mechanical Engineering Final Year Operational Research Group) and MEFYS (Mechanical Engineering Final Year Students) and organise classical recitals. Though they did not generate much response, the passionate promoter of arts persisted.
This time, with SPIC MACAY. Soon the movement spread to other colleges; it gained momentum and branches were launched in other cities. In 1981, schools were brought into its ambit too. Recalling the early days, he says: “I remember how many colleges in Delhi straightaway rejected the idea of having concerts on campuses. Some agreed, but on the condition that it be held ‘only during lunch time’. I brought to the table all my convincing abilities. Also, the artistes had to be assured that this was no time-pass activity.”
Once they were won over, there was no looking back. “Over the years, the unstinting support of greats such as Pandit Birju Maharaj, Sonal Mansingh, Pandit Jasraj, the Dagar Brothers, T.N. Krishnan, Lalgudi Jayaraman, Pandit Hari Prasad Chaurasia, Ustad Zakir Hussain, Pandit Shiv Kumar Sharma and Ustad Amjad Ali Khan has helped us sustain the 33-year-old movement even during its many rough patches. During a college concert, Gangubai Hangal refused to converse with the students. ‘Main sirf gaa sakti hoon,' she insisted. And, I realised during the concert that she did not need words to connect; the audience sat spell-bound,” he says.
Though SPIC MACAY began with classical music, over the years, its agenda has widened to include folk music, yoga and meditation, crafts, talks by writers, painters, philosophers, social activists and environmentalists, walks to monuments with historians, theatre, classic films and even holistic food. Seth's explanation? “After all, art is about bringing rhythm to life!”
News Courtesy:-The Hindu
Aditya Gupta DR.KIRAN SETH